After spotting several royal blue jerseys with the Union flag on one sleeve and the Zimbabwean flag on the other at our Surrey Classic event in May, Kevin, who seemed to be leading the team, was tracked down to see if he could share more about the jerseys and his riders.

Kevin introduced us to his group of riders called ZIMUK Zwifters. He, Bruce M., Jason Y., Grant S., and Elvis K. all from ZIMUK Zwifters took their brand new bespoke Le Col kit (designed by team member Anton B., in Bulawayo) out for its inaugural ride with us at our Surrey Classic event. Our sportive was just the second time that the UK contingent of the ZIMUK Zwifters have ridden together, with their first being the UKCE Cotswold Classic in 2021.

So who are the ZIMUK Zwifters?

They are a group of riders that originated during the beginning of the Covid lockdowns in Southern Africa and the UK. The group was established by Dennis M. from Zimbabwe and Wayne T. from South Africa. The aim of the group was to enable riders who were prevented from riding in real life - due to the stringent lockdown rules - to ride together in the Zwift virtual cycling platform and to share experiences via a WhatsApp group called ‘Locked Up Zwifters’.

As time went by ZIMUK Zwifters grew from an initial cohort of 10 keen pedallers to its current count of 50. The group grew via inviting friends but also from spotting other riders in Zwift riding under the Zimbabwe flag. The majority of the club members have a link with Zimbabwe either through birth or living there for many years but some are just friends who have welcomed the opportunity to join a group of like-minded individuals to share experiences and events.

Where do the ZIMUK Zwifters ride?

The 50 members are now spread across the world with the biggest numbers being in Zimbabwe and the UK but also from Australia, New Zealand, Spain, India and South Africa so the most frequent meet-up location for rides is still in Zwift. However, the Zimbabwe members frequently ride together in real life as most of them live in Harare. Whereas the UK members are spread all over the UK, from "Down South", all the way up "Up North" in County Durham and over West to South Wales.

The UK chapter of ZIMUK Zwifters does have the goal of meeting up in central locations and riding together whenever they can, this is where our UKCE Sportives have come in handy!

ZIMUK Zwifters also have a team in Zwiftpower that has competed in Zwift events against other clubs but the majority of their events have been club events competing against each other in events such as the Tour de Zwift & Tour of Watopia where they collate results for their team members and award certificates to recognise participation. That being said the ZIMUK Zwifters are strong riders in their own right, with Kevin having recently competed in the Tour of Cambridge and subsequently qualifying to represent Great Britain in the Gran Fondo World Championships in Italy in September.

We loved hearing about the ZIMUK Zwifters as it is such a good news story to come out of the ‘COVID Years’. We really hope we are able to welcome back ZIMUK Zwifter riders to more UKCE Sportives in the future.

VIEW ALL
Rider Stories: Jacky and her ‘Mean Machine’

By submitting your information, you will be subscribing the UK Cycling Events Newsletter. The Newsletter will be sent to you via email.
You can unsubscribe at any time. Your privacy is important to us. For more details, please review our Privacy Policy. 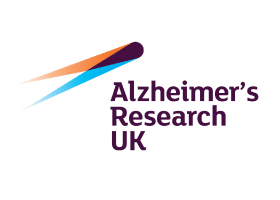 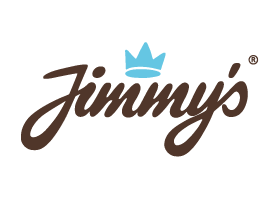